Six women and three men headed for the log cabin at the end of the garden for tonight’s circle meeting. The glorious May weather commanded an outdoor experience. 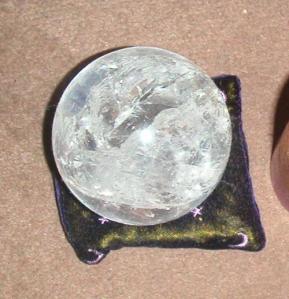 One of the men, a very gifted medium had not been for over three months due to illness and other issues. I’d only seen him the first two weeks of Thursday circles. As he was being introduced to our newest member of the group he shook her hand and immediately asked, ‘Who’s had an accident with the car?’

Completely taken aback she replied, ‘My car rolled down a slope and crushed the back end of my daughter’s car.’

For the next fifteen minutes he gave her fact after fact about her family and herself, some of which she was able to confirm and others he advised her to go and check, as they were about her grand-father and great grand-father.

After that sizzling start where the rest of us were in awe, and maybe a little envious of all the fantastic messages, Greg went straight into our opening meditation. The guides and helpers were duly summoned to aid and protect us before he told us to focus on getting a message for someone in the group, or for ourselves for the second part of the meditation. 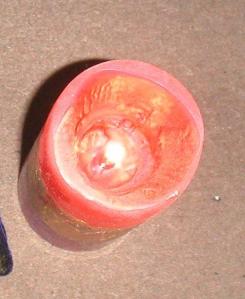 I chose a young woman that I knew very little about having only seen her twice at circle. I found it hard to concentrate at first as my mind kept wandering to an incident from the afternoon that had angered me so much it manifested as a nosebleed. I’d been in such a bad mood I’d even contemplated not bothering with circle tonight, then realised that I probably really needed it.

I asked my guides to help me focus, and eventually saw the young woman pushing a wheelbarrow full of brick up a garden path. It was a real struggle for her, but when she got to the other end the bricks were used to build a barbeque, and a real party atmosphere ensued. I saw yellow, gold and red balloons floating up into the air, and later, as the night drew in, the embers glowed and the little dog stopped its excited yapping, Chinese lanterns were released. I got four names.

During the feedback someone else in the group who knows her well said it made perfect sense, that she had a bit of a struggle coming up but had been told that by September there would be much happier times.

Two people got messages for me, one saw me in a very quiet place sitting at a table writing furiously. I told her I’d just come back from a quiet break in Wales but that I had deliberately stopped myself from touching the keyboard to write. She said I wasn’t at the keyboard, I was writing with a pen on paper. That’s when I remembered that while I was away I did a lot of journaling, which I write by hand.

The gifted medium also had asked for a message for me, and gave me fifteen minutes worth (be careful what you wish for), 90% of it extremely accurate. He asked if I wrote poetry, and had I had some published. I said ‘yes’.

He said ‘you’ve written a special poem for a special person recently haven’t you?’

‘Yes,’ I stuttered, wondering if he was about to disclose the content and to whom, but I breathed a sigh of relief as he continued. He told me that I like to be by the sea, was inspired by it but was afraid to get into it beyond my waist.

‘Do you have a crystal ball?’ he asked.

‘I used to, until I went on a course to learn how to use it properly and then stopped seeing anything at all.’

‘I think you should try using it again. You’ll probably find that you’ll be able to see things again.

He then went on to talk about the significance of a candle, and I told him that I often write with a lit candle, and that the candle was next to the crystal ball. If felt as if he was looking into my personal space.

The thing that threw me the most though was when he asked if I’d been asked to write a new book.

‘Yes,’ I admitted, I began it this week.

‘Have you been thinking of changing the title?’

‘I haven’t got a title for the new book yet,’ I explained, ‘but yesterday I questioned whether I should change the title of the one I’ve just finished.’

My jaw was hanging loose by this stage. Such a specific answer so quickly. There was much else, but after a while I became aware of the attention, and that other people had not had as much.

The rest of the time was taken up with discussing the way spirit works with us. One person described her dream of diesel being put into a petrol car, and half an hour after having the dream her husband called to say he’d put petrol in her diesel car. A long discussion followed where various dreams were shared, along with spirits many and varied ways of getting our attention. Like tapping people on the shoulder, poking them in the side, pulling their hair, moving things, through electrical equipment, through their cars etc.

The time went by so quickly that we didn’t have time for another meditation. And to think I considered not going.