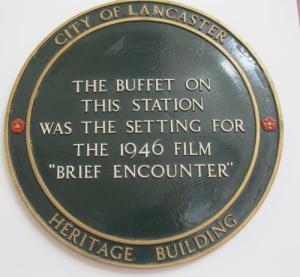 It’s my last night in the land of lakes. The weather today is a reminder as to why there are so many lakes, but it’s been perfect for writing. I wrote 4 scenes of my play while the lake shimmered and swelled and swans swam gracefully by. I need a writing retreat like this on a more permanent basis. 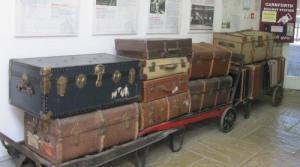 Luggage as it used to be on Carnforth Station

Reflected on the trip to the Carnforth Railway Heritage Centre that I visited on a sunnier day.

It was renovated to its former glory when it was used in the film ‘Brief Encounter.’ 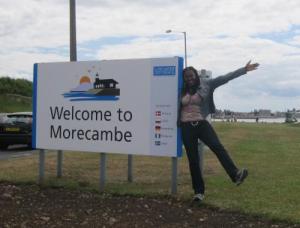 I’m just coming to the end of 3 weeks in Carnforth just outside the Lake District.

I came up to try and finish the workbook that accompanies Love is Not a Reward – and it worked. Not only did I finish it (thanks to an extra FREE week at the Pine Lake Resort – a long story) but I’ve also started to write the play for stage that I agreed to do a year ago.

Most of the time was about the writing, but I took some time out to do a little exploring.

I loved the walks along the side of the Lancaster Canal. On the day I finished I walked the ten miles from Pine Lake to Tewitfield and back along the canal on an air of elation.

I managed to get into Morcombe a couple of times and strolled along the promenade eating ice cream, as well as frequent trips into the lovely town of Carnforth.

Sculpture of mother and child in Morcombe

I’ve been guided by spirit on numerous occasions during the writing of Love is Not a Reward, from being told to keep the title when I was about to change it, to being guided to the colours to use on the cover – and many more pointers on the content.

Most of the guidance came through journeying and dreams, but some came through messages from mediums and fellow sitters in psychic development circles.

Boats on the Lancaster Canal

I set of at the beginning of this blog curious as to whether my spiritual development would influence my writing – silly to think it wouldn’t!

I feel a book about the whole experience coming on – but not until I’ve finished the play – which I guess will only add more chapters.

Both the text and workbook of Love is Not a Reward are in production at the moment and should be available by the end of August.