Review of Al Forno  on TripAdvisor

On Tuesday I went to another spiritual development circle. There were six of us including the leader,(two men and four women). He reiterated that when we show up at circle we are sending out a message to spirit that we are willing to work with them. We had to focus on a person and try to get a message for them as we ‘connected’ with spirit. 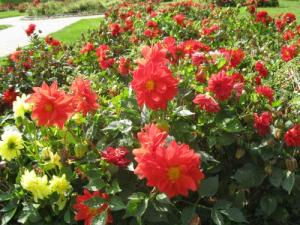 I focused on the woman opposite me but she didn’t recognise anything that I told her. Not the name or the images I described.

Our leader said not to get disheartened, that sometimes the message is not obvious to the recipient, that later it may make sense after they’ve done more research.

The man next to me got loads of accurate stuff for one of the women. The others also got messages that others could ‘take’.

The leader told me to have another go as a bad message can demoralise a medium and have them go home feeling terrible.

My question was ‘is it possible to give a bad message?’ If we are channels and the message is simple passing through us, how can it ever be bad? It must serve a purpose either for the recipient or for the medium.

I wondered if maybe after the accuracy of the last meeting whether I was being given an opportunity to see how I would respond to not having someone ‘take’ everything I said.

I had another go focusing on the leader. He took most of what I said (apart from the name) but i wondered if he was being nice so I didn’t go home demoralised. He said no, much of what he said related to his mother.

So, my question again. Is is possible to give a bad message? Truly welcome any comments.

On Tuesday night I attended my first ever Rotary Club meeting as a guest of Pam Neaves (she who designs my book covers). 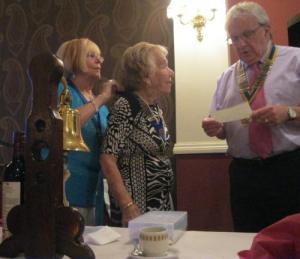 From left to right – Chrissie, Lillian and Eric

I was absolutely blown away by a lady to whom a presentation was being made. Lillian Hopkins at 97 is the oldest member of the women’s arm of the Rotary Club, known as Inner Wheel.

Not only is she active in the Wylde Green branch of the Rotary Club, she still travels to South Africa every year to support a number of charities; and to top it all she was wearing a dress I quite fancied myself.

Hard to believe that this time last week I was getting dressed to go to the start of the comedy season at the Drum in Aston. I needed a laugh so badly, and the three comics didn’t disappoint. 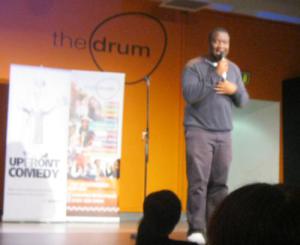 A London night with two British born Nigerian men and a raw and raunchy Jamaican woman. 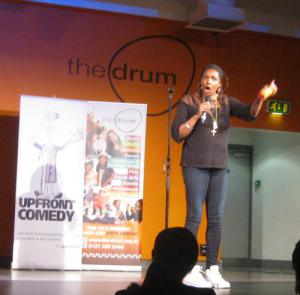 Headline act Stephen K Amos took a few minutes to warm up but soon showed why he’s a pro. 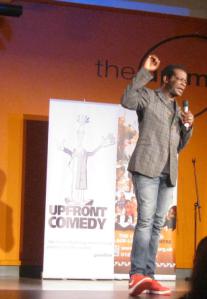 And tonight? Staying in in preparation for tomorrow night. Checking out Turtle Bay restaurant in Manchester.

I started back at spiritual development circle at Oak House on Tuesday night. It’s stated aim is to prepare participants for platform/rostrum work. I was amazed to be in the same group of one of my original mentors.

The Way of the Shaman by Michael Harner

I had lengthy discussions about the role of mediumship in shamanic work, and have now accepted that the developing accuracy of my shamanic journeying is akin to good mediumistic messages.

Interesting that I should have been presented with a copy of Michael Harner definitive work on shamanism, ‘The Way of the Shaman’ as a gift on the night. 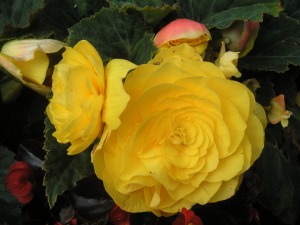 I may be venturing into new writing territory. I was asked today to consider writing a biography. From fictional stories to real life ones. Interesting. Anyone out there with experience of biography willing to offer me some advice?

I need to do a Shamanic journey to seek some guidance on this – feels a little outside of my comfort zone.