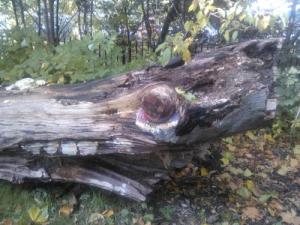 Not quite a lizard but from the same family

Dream 1. I’m walking through an underground market precinct with a lady I’ve met, where most of the booths are boarded up, but some look as though new businesses are starting up. One or two look very professional, more like shops than market booths. I told her I hoped they’d do well.

Dream 2. In another dream I was on a training course. Everyone got paired off to work together. I didn’t have a partner, but I didn’t seem bothered.

Dream 3. In dream number 3 I was playing tennis with a past house mate and a woman from the training course.

Dream 4. The longest dream (which is the one I woke up from – I had a busy night) was one in which me and my friend Marcia were in an old hotel in Birmingham. My friend’s from Manchester. It was once a glorious hotel but was now looking old and tired. I went out for something, a meeting I think, and left Marcia at the hotel.

Whenever I went to call her on my phone the number went straight to an advert for the hotel.

I met a woman who was staying at the same hotel and walked around with her. She told me she was renovating the rooms she was staying in. We walked back to the hotel together. My room was at the top of a long set of stairs.

As we walked up the stairs they were festooned with lizards of all different sizes. We had to tread carefully so as not to stand on them. There were sometimes three of four on a step. I wasn’t afraid of them, but I did feel uncomfortable.

The lady said she was looking for a handy man who had his own tools. I ask if she didn’t know that Tim (from my Monday circle) was a handyman. She said she knew him but didn’t know he was a builder.

When I got back to my room Marcia was in bed. She’d propped the door open so I’d be able to get back in.

‘I tried calling you,’ she said, ‘but it always went back to what on that,’ she looked up at the clock on the wall.

Later she read something from a newspaper about lack of funding for research projects and was concerned that her son might be affected.

Somehow we ended up in the partly renovated room of the woman I’d climbed the stairs with.

I looked up lizards and found loads of definitions. It appears they’re very popular and significant in many cultures. I think the definitions below resonates with me most. Feels like what’s going on in my life at the moment.

Lizard helps us stay connected to our intuition, and build a confidence into trusting our own instincts.  Subtle movements and changes around us become easier to detect as our awareness develops, perceiving what others may have missed.  They are connected to the Dreamtime in aboriginal and some native cultures which integrate that knowing into our Dream states. A confidence in your perceptions comes easier and stronger when working with the wisdom of the Lizard.

Some lizards have the ability to lose their tail and grow one back. This can be symbolic for another important lizard lesson…the ability to “let go of” or detach from something that is no longer needed in order to move on, survive, and grow. (For example, letting go of old emotional baggage that may be preventing us from moving forward and trying something new)

Lizard helps us with objectivity and putting things in perspective

For the full article go to Conscious Arts Studio where there are some lovely pictures of lizards.