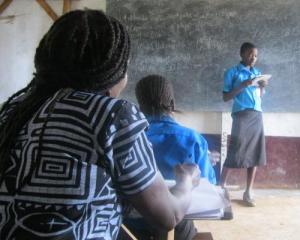 My turn to sit and listen

Today I taught my last lesson at the school. It was to Class 3. Maybe teaching is a bit of a misnomer because I mainly listened. After 3 weeks of being at the front of the class this last week was my turn to sit at a desk and be talked to by the children.

It began with my last lesson with Class 4 on Monday when I listened to their aspirations for their future. I’ve been working with them on visualisations and affirmations, on ‘beginning with the end in sight’ and working backwards to achieving it.

Some embraced the concepts wholeheartedly and I know they will practice them. Others were a little more sceptical but participated non-the-less. 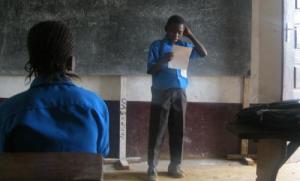 On Tuesday it was time to listen to Class 1 read the stories I’ve been working on with them. I’d managed to secure some pretty exciting prizes for the three best stories. Sight of these galvanised even the most reluctant public speaker to get up and make sure he was in with a chance.

As I listened to him struggle through his short piece I realised that this young man had made the greatest stride of all the children I’ve taught in my time here.

He’d begun by being surly and passively resistive until I realised that his resistance was due to his inability to spell, and sometimes not being able to read what was on the board. Once these things were rectified it enabled him to tap into a seam of creativity which he was now able to demonstrate.

There were three clear front runners for the prizes, all girls. I had the privilege of two spare colleagues who kindly took photos and filmed all the children. 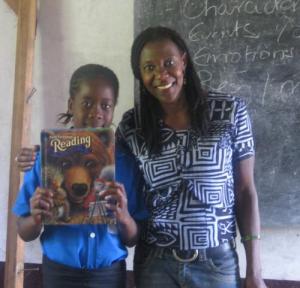 The only time I was in front of the class was to give out the prizes and to read to them the story I’d written, into which I’d managed to weave all their names.

They were so well behaved and so focused that we finished early and I was happy to give them a few minutes extra break to share their prizes and to eat the sweets I’d bought to share with the whole class. 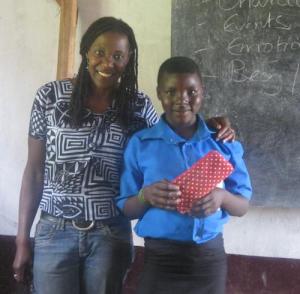 Today, Wednesday, was my final day of classes. It began with the two 6th Form classes. I’ve been working on presentation skills with them. They too have travelled a journey from reluctant participants to eager and polished presenters.

All the presentations showed progress. There were a few outstanding ones, full of passion and promise. The topics were very varied and I learned a lot about the community and the culture, from views on educating girls to how to behave in the presence of elders.

Finally it was the turns of Classes 2 and 3 to read their stories to me and to their class mates. There were some outstanding pieces in Class 2, so much so that I could easily have awarded 5 prizes. Again all girls.

The girl mould was broken in Class 3 when a boy produced a story well worthy of a prize. It was also the only class where there were some non-participants. A few who had missed some lessons and some who didn’t feel confident enough to read.

Although all the children had said how much they would miss me, it was in Class 3 that one handed me a folded note on which she had written ‘To the honourable Predencia, I love you Miss. Thanks for your co-operation with us through out these weeks. Good bye. See you next time in heaven or on Earth.’ I’ve said hopefully it will be on Earth. 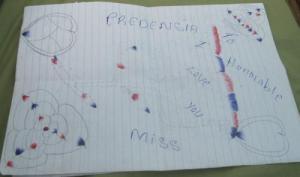 I feel that I’ve just scratched the surface of what is possible in helping these children to think creatively, to see something more than the mundane, to tap into the infinite possibilities that await them in the world. A very few have allowed themselves to begin to believe.

I will have to be content with that for now as belief is the most powerful driving force in the world.

I walked away from the school yesterday exhausted, but was carried on the appreciation and genuinely love I felt from these children.

I will see them again one final time at the Monday morning assembly when I shall say my final goodbye.