Weather – bright and sunny – and warm 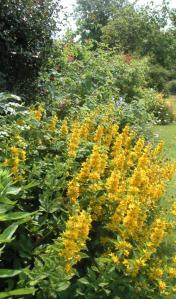 English garden in the summer

Shakti welcomed us and gave a brief introduction to the process of constellation for the first timer. She explained that it was an honour to be chosen to take part in someone else’s constellation, that it wasn’t essential to particpate but it was advisable because there is much to be gained from simply being involved. The first timer was about to find out how true that is.

She began with a meditation where we had to see our parents in front of us and honour them by bowing to them. We then had to imagine our grandparents and all our ancestors behind us and lean back into them for support.

By way of introduction each participant had to say their name, where they were from, and how easy or otherwise it was to bow and lean. Most of us found it relatively easy to lean back into our ancestors, but some, about half the group, experienced some difficulty bowing to their parents.

We also had to give a brief account of what issue brought us to the constellation, and what we hoped to gain from participating. There’s a weird thing that happens at these moments for me. Apart from the very first constellation where I was very clear about the issue, (because it had been with me for 23 years) when I get to this stage I find myself describing something other than the issue I thought I was bringing.

Initially I thought I wanted to do some work around relationships, but I found myself talking about not feeling connected to any one place, that I had a kind of ‘wherever-I-lay-my-hat-that’s-my-home’ syndrome, and that I’d planned to go to Cameroon to see if I would feel at home there.

When all the introductions were done, all the issues raised, Shakti asked for a volunteer to take the seat beside her and begin the first constellation. It was one of those occasions where everyone looked down as her eyes scanned the room. I wasn’t quick enough and they rested on me.

‘Looks like it’s you,’ she said patting the chair beside her.

I walked to that now familiar place beside the facilitator. (This is my 6th Constellation). Shakti said that my introduction was very clear and we went straight into the constellation without further ado.

‘Chose someone to represent Africa,’ she instructed.

I chose the first-timer who was to the right of me, and he stood up looking a little bewildered. 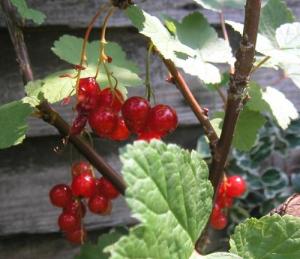 I choose a tall gentleman that I met at the last constellation who stood up on the opposite side of the room to Africa.

‘Now choose someone to represent Jamaica,’ she said.

My eyes were immediately drawn to a woman sitting opposite me. She had slightly greying hair and a warm smile.

She stood up and immediately began dancing slowly around in a kind of circle. I had inadvertently formed a triangle with them, and one of the points was dancing.

Shakti placed me opposite Africa who immediately opened his arms. I looked but didn’t move. He smiled and I felt anger rising. What the hell does he have to smile at, I thought. In the lengthening standoff I became aware of England behind me, close and intimidating.

I was very uncomfortable with England’s presence and began moving away. He followed. I kept moving until I was close to Jamaica. England moved back to his original position.

Noticing that I was between Africa and Jamaica I wanted to hold both their outstretched hands, but they were too far apart. I took hold of one of Jamaica’s hands and tried to pull her towards Africa. She didn’t budge.

I dropped Jamaica’s hand and looked back and forth at her and Africa until Shakti moved me and placed me in front of Jamaica. I ignored Jamaica’s open arms. After a while Shakti said,

‘Say to Jamaica “You are my mother country.’

I couldn’t. It took four goes before I could finally force the words out.

Shakti made me say it three times until I could say it without hesitation and with a modicum of conviction.

I took the outstretched hands stiffly.

‘Kneel down in front of Jamaica,’ Shakti instructed, ‘and say “I honour you. You are my mother country, you gave me life, and you are where I was born.

Jamaica kept hold of both my hands and smiled, as if my words were music to her ears.

When I finally stood up Shakti told me, ‘say again, “I honour you my mother country.”’

I was tense and the words were still sticking.

‘Do you have back problems?’ Shakti asked.

The question caught me off guard. What did back problems have to do with this situation?

‘No.’ I answered defiantly and immediately felt a strong thump in the centre of my back. I felt a jolt, and the words began to flow more freely. 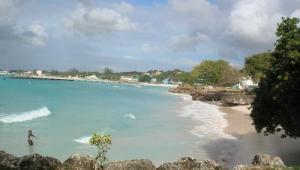 As I stepped into Jamaica’s open arms I felt the tears spring into my eyes and gently roll down my face. Jamaica hugged me. A long, firm hug. After a while I felt able to hug her back.

Shakti then placed me in front of England and made me repeat after her,

‘You are England. You’ve provided me with a home. I’ve lived here but Jamaica is my mother land. I was born there, I wasn’t born here. You’ve given me a lot. Education, work, and a place to live for which I am grateful.’

With the imprint of Jamaica’s hug still lingering on my body the words flowed easily from my lips to England’s waiting ears. He smiled and nodded his acceptance of my gratitude.

Shakti placed me in front of Africa. The words I had to say to him were,

Africa opened his arms again, and this time I was able to step into them and readily return his tight hug.

During the feedback part of the constellation Shakti explained that although I had such difficulty acknowledging my mother land, that Jamaica was the only one I’d chosen a woman to represent. This was a sure sign that my soul, my higher self, knew the significance of mother land.

The reason I have not been able to call anywhere ‘home’ is because I’d never properly acknowledged and honoured Jamaica as my mother land. Now that I’ve done that I will be able to feel at home anywhere I choose.

‘It doesn’t mean you have to live in Jamaica, but she now has her rightful place in your heart.’

When I explained that I was trying to pull Jamaica to Africa so I could connect with both, Shakti suggested that I could bring a small, symbolic piece of earth back from Cameroon and from Jamaica so I can be connected with both places.

Back in my seat I sat and reflected on the experience I shared with my ancestors. That  of leaving the land that I knew and loved, and being taken to a strange place with different climate, people and customs.

It hadn’t answered the question of why I chosen to be born in Jamaica, but I felt I was one step closer to finding that piece of the jig saw.